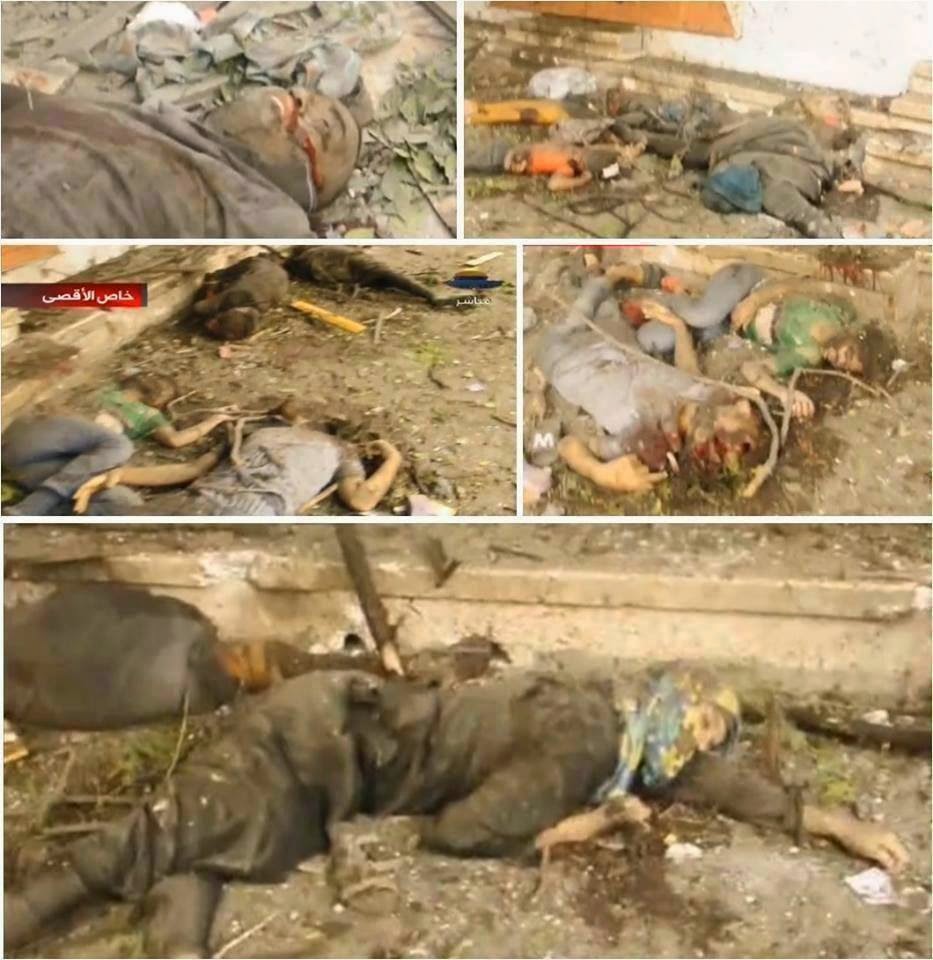 It is hard not to cry watching the unfolding horror in Gaza, children with heads blown off, pregnant woman with body torn by a shell, babies with missing limbs, targeting of playing children, targeting hospitals, targeting ambulances, and even a handicap center killing two handicap children.  Israeli forces then ratcheted up their attacks committing large scale massacres in places like Shujaia and Beit Hanoun. 80% of the victims are elderly, women and Children (over 110 children so far). Though mainstream western media self-sensors to comply with the Zionist lobby, the truth is coming out and the videos and pictures are horrific. Our friends in Gaza issue desperate calls to us. Israel cannot absolve itself by saying we asked people to evacuate (110,000 are homeless already). Forcing people out of their homes is a crime against humanity let alone bombing those who remain. But CNN and other western media run by Zionists interview colonizer leaders like Netanyahu who is a habitual liar and do not interview representatives of the victims or the resistance.

Gaza is very heavily populated thanks to the ethnic cleansing done to create the racist colonial state of Israel. Two thirds of the people are refugees denied their basic rights including right to return to their homes and lands. Israel tries to dehumanize its victims while blaming the few people who resist as “the problem.” Unfortunately as I stated repeatedly before, colonization and ethnic cleansing are the violence, and resistance is actually part of the remedy. I repeatedly explained that Zionism lost and Zionists will get very violent here before they finally give up privilege based on racist ideology. They refused to abide by basic human norms and insisted that through money and military might they could achieve their goal of a racist ethnocentric chauvinistic state. I always held the hope that the elites among them will be able to step back and avoid this suicidal path. If only they admit the folly of their ways, and ask their victims for forgiveness. I always thought it is possible and is the only way to peace here. I always feared though the Zionist strategy would lead to a lose lose scenario. In this case, they will lose more since there are some hundreds of millions of Arabs and only at best 2-3 million Zionists. Many Jews did see this folly and became anti-Zionist or post-Zionists. But Zionists were influential and powerful and intimidated and silenced millions including some Arabs and Muslims (look at our “leaders” like Abbas and Sisi). The Egyptian government even denied medical relief convoys from entering Gaza. Spoiled Zionists used to privilege on the expense of others are acting mad since they can’t get their way to silence their victims. They decided to go all out and having failed to stop the resistance decided to take on civilians.For those of us who have been through this many times, we feel there is something different this time suggesting that it maybe indeed the last Zionist tantrum. It is hard to imagine what else Netenyahu and his racist gang can try. They have tried to destroy Gaza and Lebanon before but in every round, the resistance only grows stronger. They even went into this bizarre idea that they can succeed to mobilize the world against Political Islam by training and funding killers through Arab regime puppets and sent them to kill people (christians, Shia, democrats, etc) to simply say “look they are horrible”. Instead of intimidating everyone, the obvious and now exposed game creates a backlash and awaken a lot of people to join the ever spreading wave of real resistance aimed at justice which is the only route to peace. Zionists are unleashing the only tool they have (their military) and whipping up even more frenzied racism among their people (e.g. Israelis cheering the slaughter in Gaza). Another sign of the endgame is the scurrying of western puppets around the world capitals to try and show their people that we are “doing something.” I think that explains Abbas in Cairo and Istanbul and his calling for a three day mourning period for the victims of last massacre while still working overtime to undermine resistance. Another massacre was committed and his police force prevented demonstrators in the West Bank and his spokesman tried to act as if Israel and Gaza are two children querreling and he is the grown-up. Our choice is certainly not between Western created Israel (and Arab puppets) and Western created fanatics beheading fellow Muslims and forcing Christians to flee for their lives! The steadfastness of 1.8 million Palestinians in Gaza is creating a ripple effect that could end this theater of the absurd for good. Maybe that is why both sides of Western creations are acting desperately (killing, butchering, and trying so hard to create fitna/division!). Maybe that is why we need not despair but instead focus on building some positive and credible movement for peace with justice. We need more actions for boycotts, divestment, and sanctions (BDS). We need more demonstrations. We need more movement against quisling and weak “leaders”. We need to force mainstream media to stop their compliance. We need to ridicule and embarrass politicians who support racism and apartheid. We need to support the Palestinian people in their Sumud (resistance and resilience). But that is tomorrow.. today we need all to work to end the horrific slaughter of Gaza civilians by a fascist government. All of us need to turn off our computers and our TVs and go down to the streets (after we tell others to join us !)
مشاركة 0
تغريدة