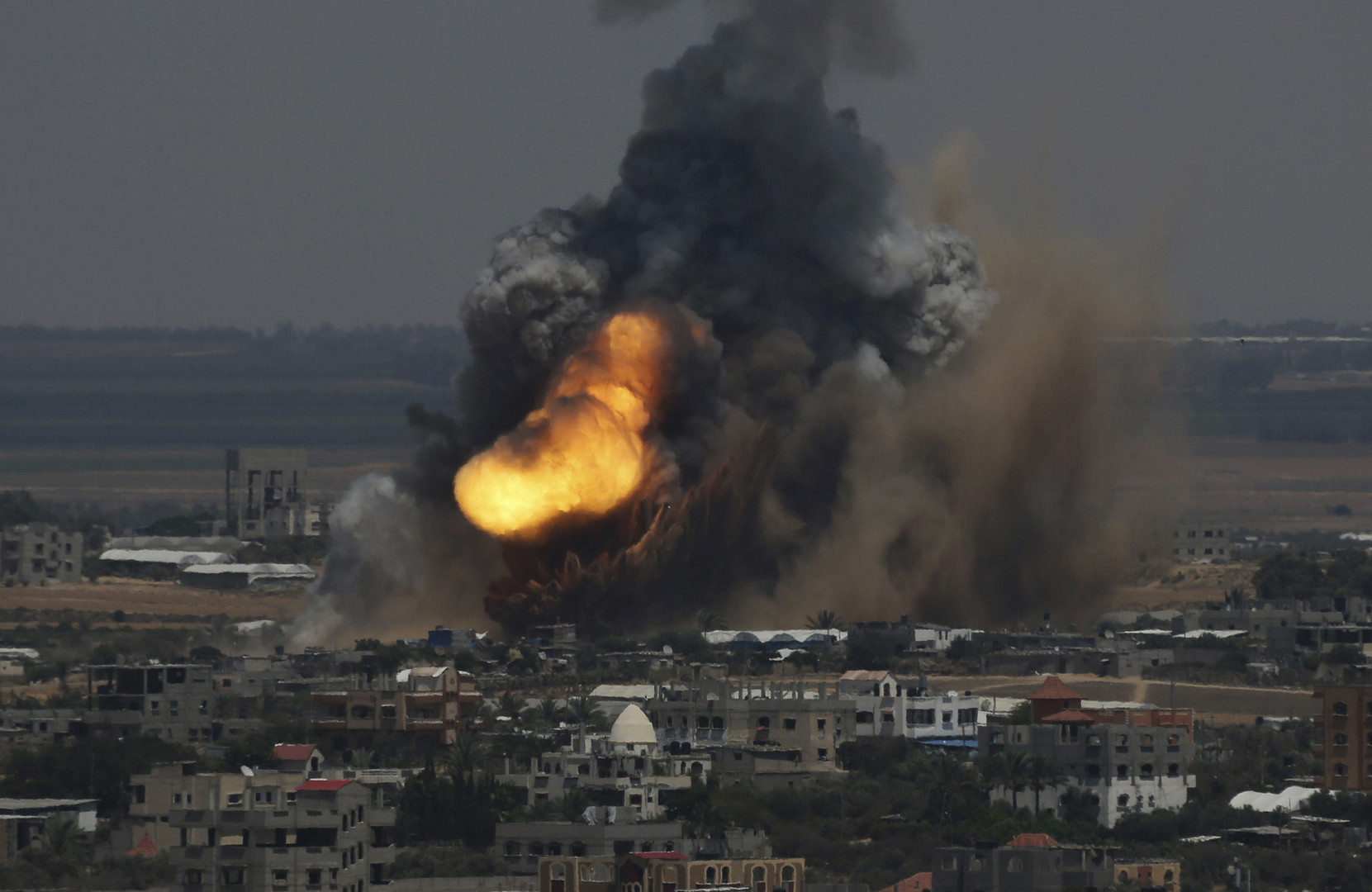 To those who understand the interconnectedness of our many human strugglesfor justice and dignity, we in the Palestinian Civil Society implore you toact in solidarity as Gaza burns and bleeds, gathers and buries the lifelessbodies of her children, and contends with carnage and loss for which thereis no language. The Gaza Strip is 139 square mile packed with 1.8 millionpeople (1.2 million of whom are refugees ethnically cleansed by Israelbetween 1947-1950). This open-air prison has been suffocating under adeadly siege imposed by Israel for years and accommodated by the Egyptiangovernment under pressure from the USA. A UN report before the latestassault said the Strip will be unlivable by 2020 but this attacks may bringthat date sooner. Further, Gaza has been subjected to repeated massacres asIsrael uses the small strip as testing grounds for its latest weaponry(funded by US taxpayers).  According to the ministry of health, in itslatest assault on the people of Gaza, Israeli occupation forcesmurdered 1283 and injured 7170 human beings (80% of them civilians, >200children). Entire families are wiped out almost every day by Israel’srelentless bombing of civilian areas. Even before this latest assault,Israel has declared 20% of Gaza off-limits to human habitation and hasdemolished homes and agricultural fields in those areas. Now Israel hasdoubled this scorched earth area to be 40% of Gaza (182,000 displaced). Wewatch in horror as Israeli occupation forces destroyed mosques, schools,hospitals, agricultural areas, industries, and even the only power stationin Gaza. We ask people of conscience to contact media and politicians toensure that Israel is not immune from compliance with InternationalHumanitarian Law. We also ask for expansion of campaigns of boycotts,divestment, and sanctions (BDS). Hundreds of thousands around the worlddemonstrated for Gaza and we are grateful. But more actions at this stageare needed to prevent large-scale genocide and human catastrophe in Gaza.As Gaza is forced into darkness and devastation, we must speak on herbehalf. Our friends and family members in Gaza call on you to demand thelifting of the siege on Gaza, the immediate provision of medical andhumanitarian aid, and holding Israel accountable for war crimes and crimesagainst humanity.